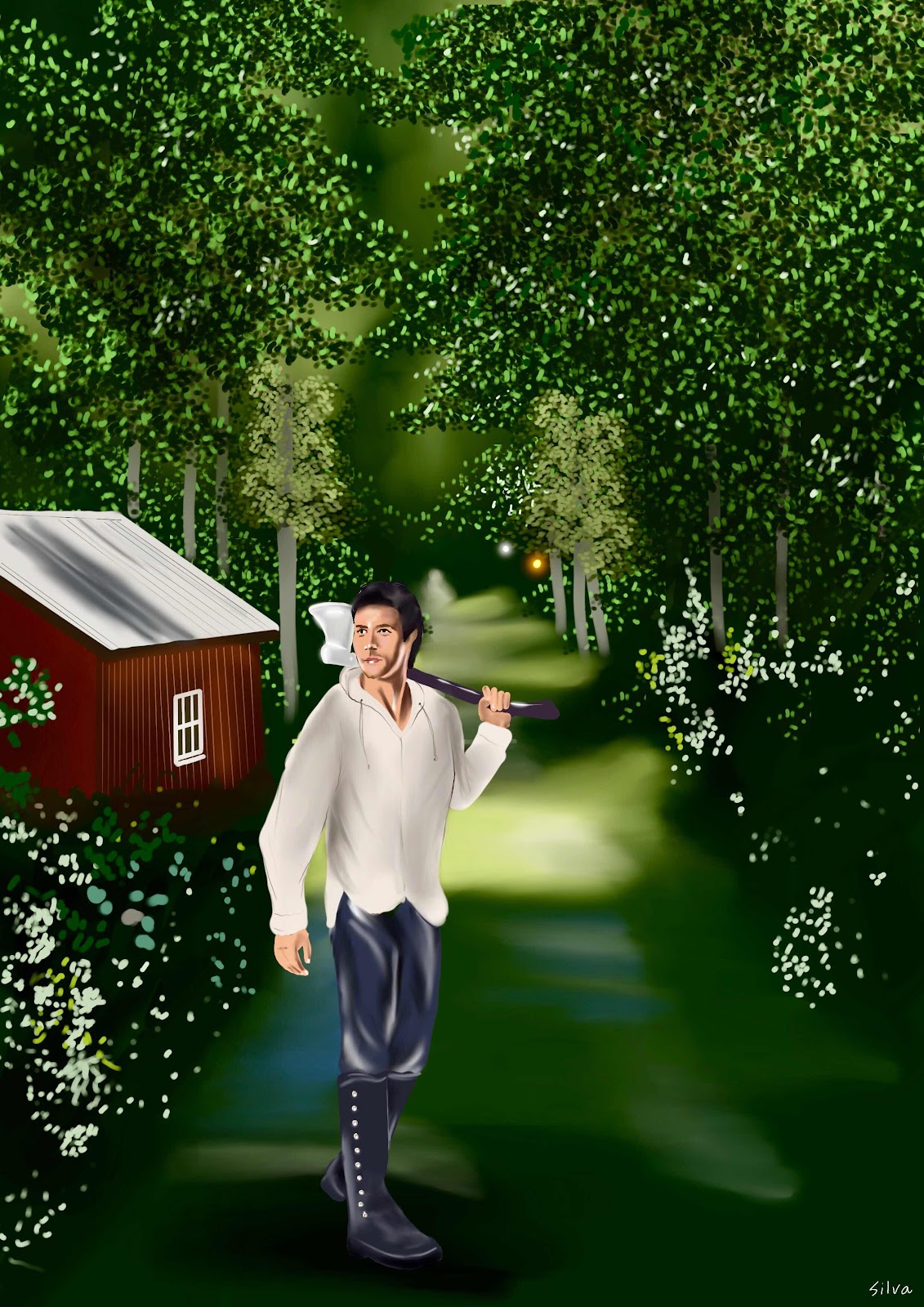 Jonas Everhart lives on the very brink of the Wild Woods in Beguile. His home was built by his great grandpappy, the formidable Josiah Everhart who is celebrated in the town square by a weathered plaque on a wooden bench facing the fountain.

Like Josiah, Jonas takes his role as the guardian very seriously. He is diligent in his night patrols of the Wild Woods, never afraid of the rumoured nocturnal things that reportedly lurk in the dense forest. Even on the few occasions he has seen the spectral light of Annie he has not blanched,  but instead waved a friendly greeting to the ghost and called to her that he too will keep his eyes open for her missing son.

The thing that Jonas really fears is the creature he has glimpsed several times since he became the guardian.  It’s the reason that guardians have operated in Beguile, unbeknownst to the townsfolk, who believed the Everharts to simply be a founding family.  The creature who can take many forms prefers on meeting you to take the form of the person you love the most. For Jonas this was Isabel.  She was taken by illness many years ago and buried in a beautiful ceremony by the Griffiths.  This doesn’t stop her from turning up on the very fringe of the Wild Woods and calling Jonas in a luring yet melancholy way.  The nights he sees Isabel are always the hardest for the guardian.

Posted by serendipity at 11:52 PM No comments: 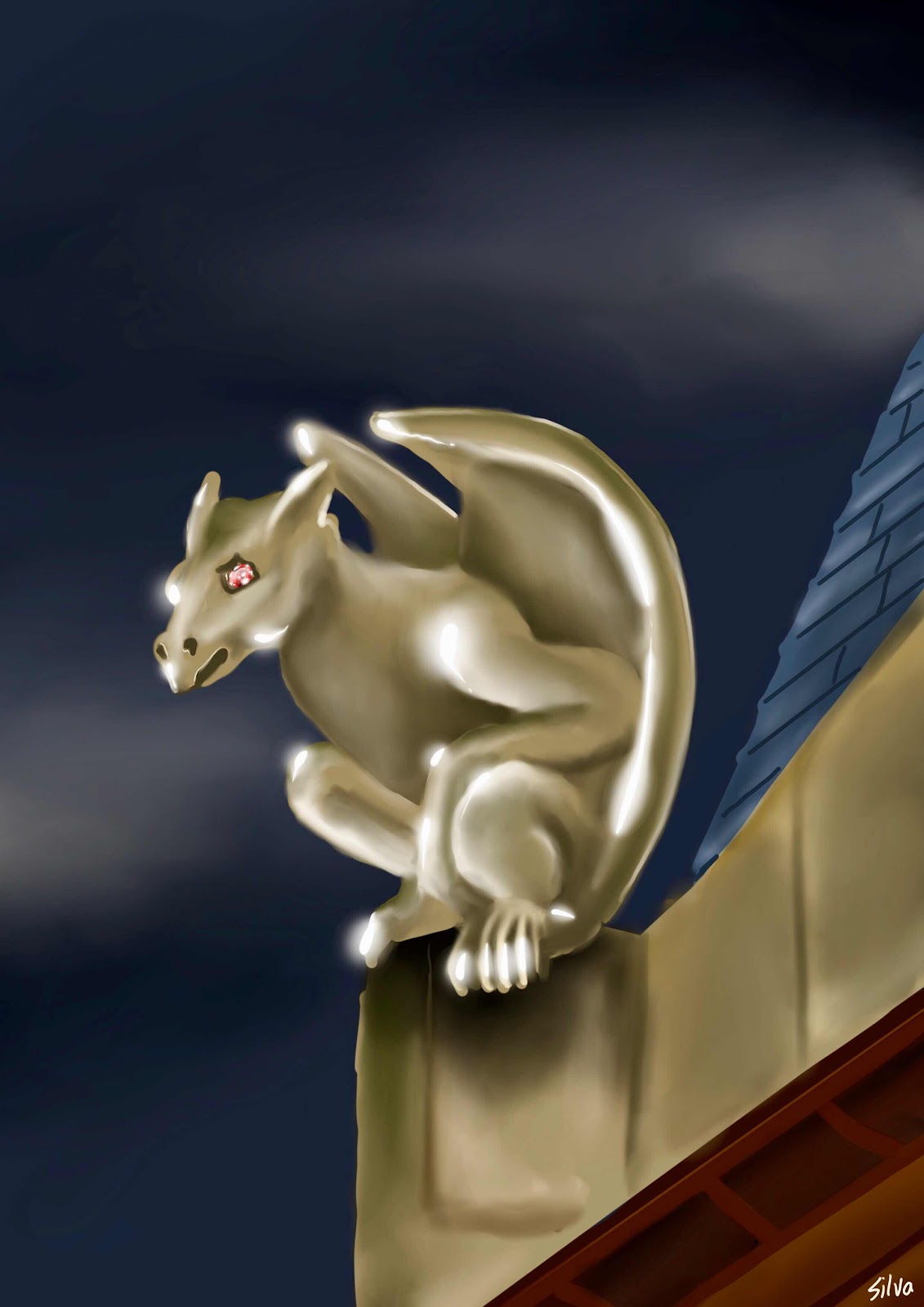 Professor Armatige was a specialist in medieval history. No one knew where he had actually obtained the gargoyle. A small ceremony, organised by the then Mayor, had been held in the town ending with the gargoyle being cemented  on the eastern corner of the library roof.

The gargoyle had inspired many rumours over the years and whispers could still be heard about the suspected unnatural nocturnal movements of the statue.  Some believed that Professor Armatige had actually created a golem in the form of the gargoyle and no one would blame him after the horrific unsolved murders of his family that rainy July night in 77.

Posted by serendipity at 11:44 PM No comments: 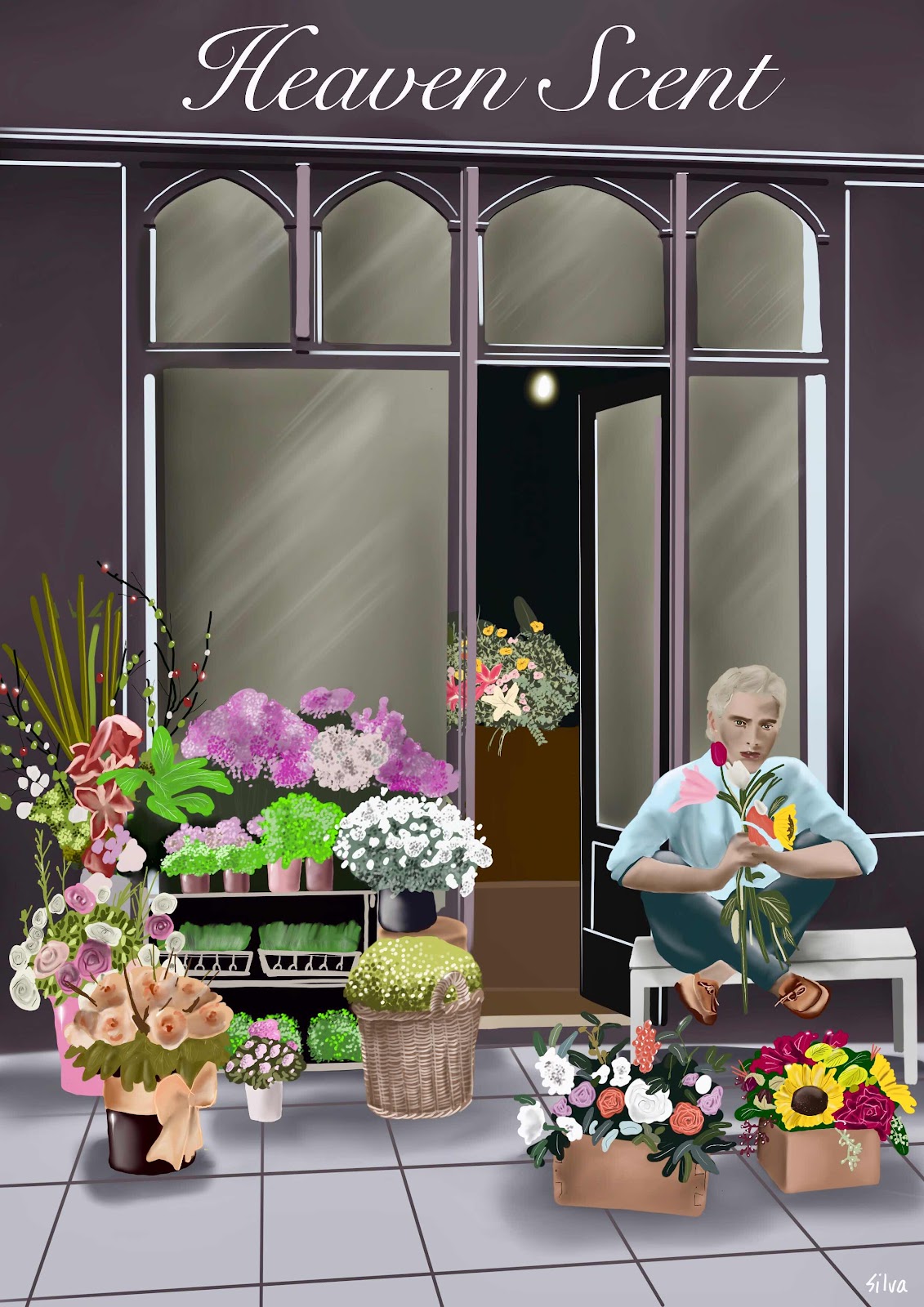 Gabriel Luft loves flowers.  When he was a child he liked to play in the cemetery beside the Catholic Church, St Sebastian’s.  Always a loner, he would enjoy wandering through the graveyard and carefully reading the headstones.  He often saw the flowers placed by loved ones on the graves of friends and family members, and he would feel sad at the colourful flowers losing their bloom.

On one of his solitary walks he had seen a bunch of red roses, dried up and dying on the grave of a recently deceased Beguile resident.  Gabriel had reached over and stroked the dying roses gently with his fingertips, and had been surprised when, in response to his caress, the roses had become velvety and bright red again.

This unique skill meant that he often revitalised the flowers in the graveyard by walking through and gently touching the dying buds.

No-one was really surprised when the odd young man who enjoyed exploring the graveyard had opened up the very first florist in Beguile.

No-one really knew about Gabriel’s special gift; except for one person who had seen him use his talent on a dead girl.

But that’s another story.

Posted by serendipity at 3:28 AM No comments: 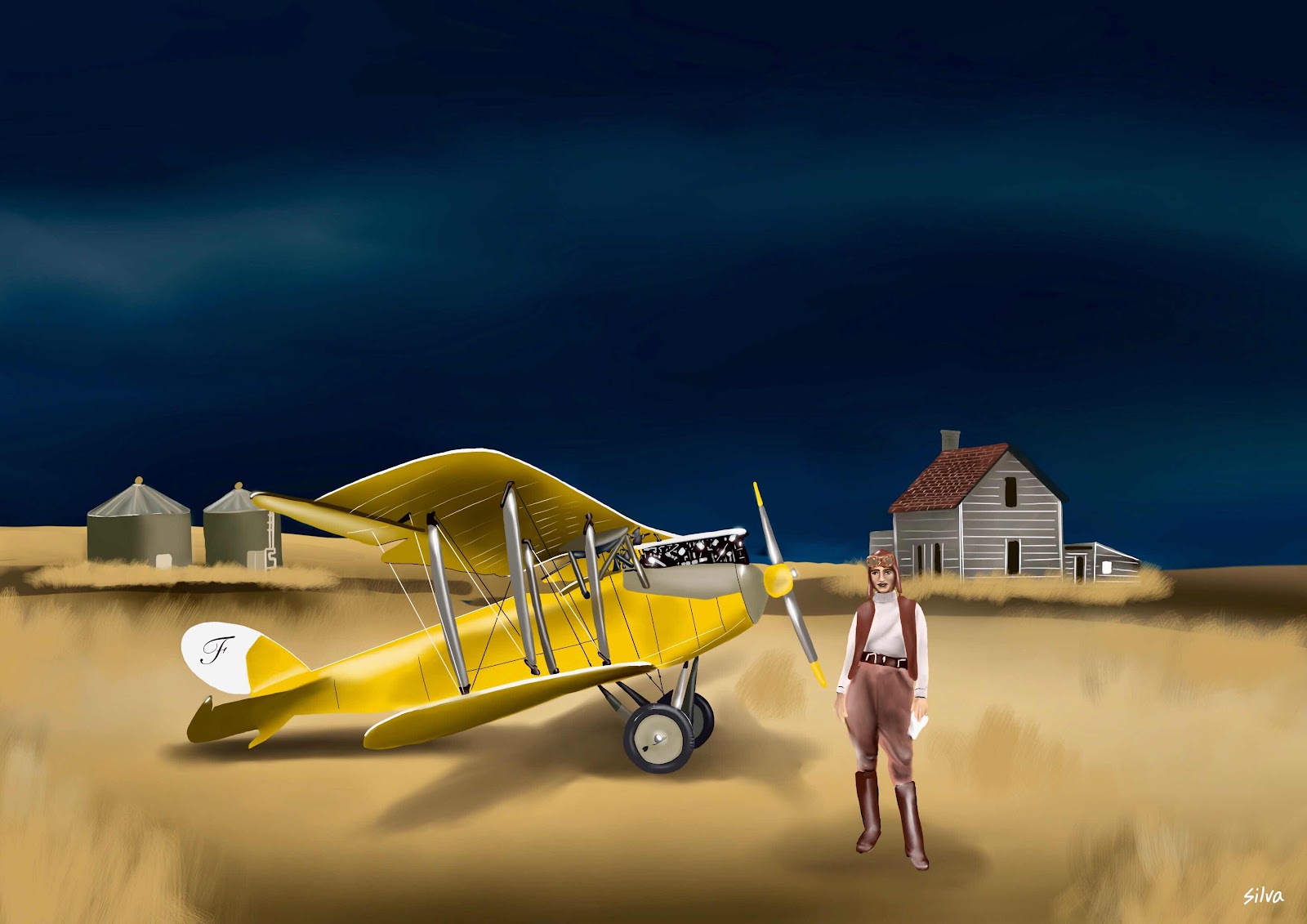 Fran loves to fly. She has loved it ever since the first time her granddaddy took her up in the crop-spraying plane that they used on the homestead. With no siblings, she had spent much of her time in her granddaddy’s work shed tinkering with all manner of engines and gadgets, but it was the plane that she loved the most. It was beautifully looked after and revered. On special occasions, she would sit in the co-pilot’s seat and enjoy soaring through the air. She would giggle her way through the bumps and unexpected veers and swerves her granddaddy liked to do in the plane to make her laugh.

Her mother despised the plane and, for that matter, her father-in-law, who had come along as a package deal with the homestead when she married Fran’s daddy.

Since her granddaddy had passed, Fran had looked after the plane with great care, flying it every weekend. Howard Griffiths had given her a beautiful sealed envelope after her grandaddy’s funeral in the Griffiths Funeral Home. She had taken the envelope and opened it as she stood in front of the plane. The piece of neatly folded paper inside the envelope had nothing but a number written on it, and she had clutched the paper to her heart and smiled.

That very next weekend she had taken to the skies, being careful to set the radio that her granddaddy had installed in the cockpit to a frequency matching the number on the paper; and then she had waited.  As she circled Lake Brock, she heard the sputter of radio feedback followed by the cheerful voice of her granddaddy saying hello.

Now, whenever she needed to chat, she would simply take to the skies and turn on the radio.

Posted by serendipity at 5:24 AM No comments: 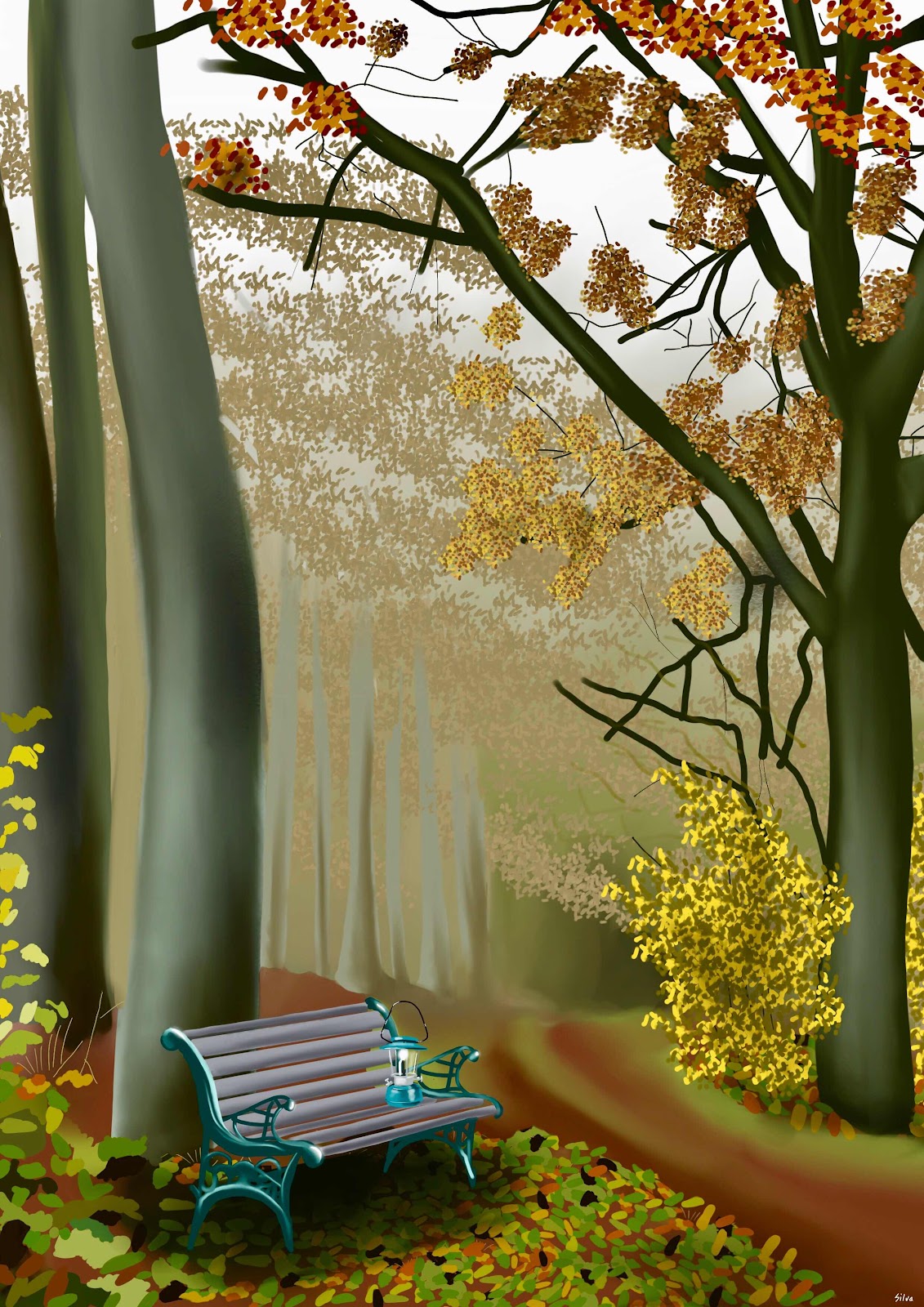 There is a special place in the Wild Woods near Beguile marked only by a small park bench. It was a favourite place of  Beguile locals Annie and her ten-year-old son Matty, who liked to stop on their daily walk in the Wild Woods and rest beneath a tree. Until the time that Annie fell asleep under the tree and Matty wasn’t there when she woke up.

They had sat as usual under the cooling shelter of the tree to rest before walking back through the woods to their little home.  They had sat in the soft leaves at the foot of the tree and looked up together at the flickering sunlight coming through the branches.

Annie’s eyes had felt heavy and she decided to close them for just a moment, Matty’s hand in hers. Annie didn’t know how long she had slept, but when she woke up the first thing she was aware of was the fact that Matty’s hand was no longer in hers.  She had sat up and looked around, but the light was beginning to fade.  At first she had looked around the area, but as the sunlight started to dim and she had realised that night was falling, she had left the Wild Woods and gone straight to get help.

The search for Matty had lasted two weeks, but no trace was ever found of the ten year old.

Until her death, Annie had vigilantly searched the woods every day.  The years passed and, as she sat under the same tree each day waiting for the return of her beloved Matty, the townsfolk of Beguile were inspired to place a small park bench in the spot where Annie always waited.

Since her passing, many believed that if you went to the park bench when the sun was just about to set, you could hear Annie calling for her beloved Matty, the flicker of her small lantern moving between the darkening trees.

Posted by serendipity at 1:56 AM No comments: