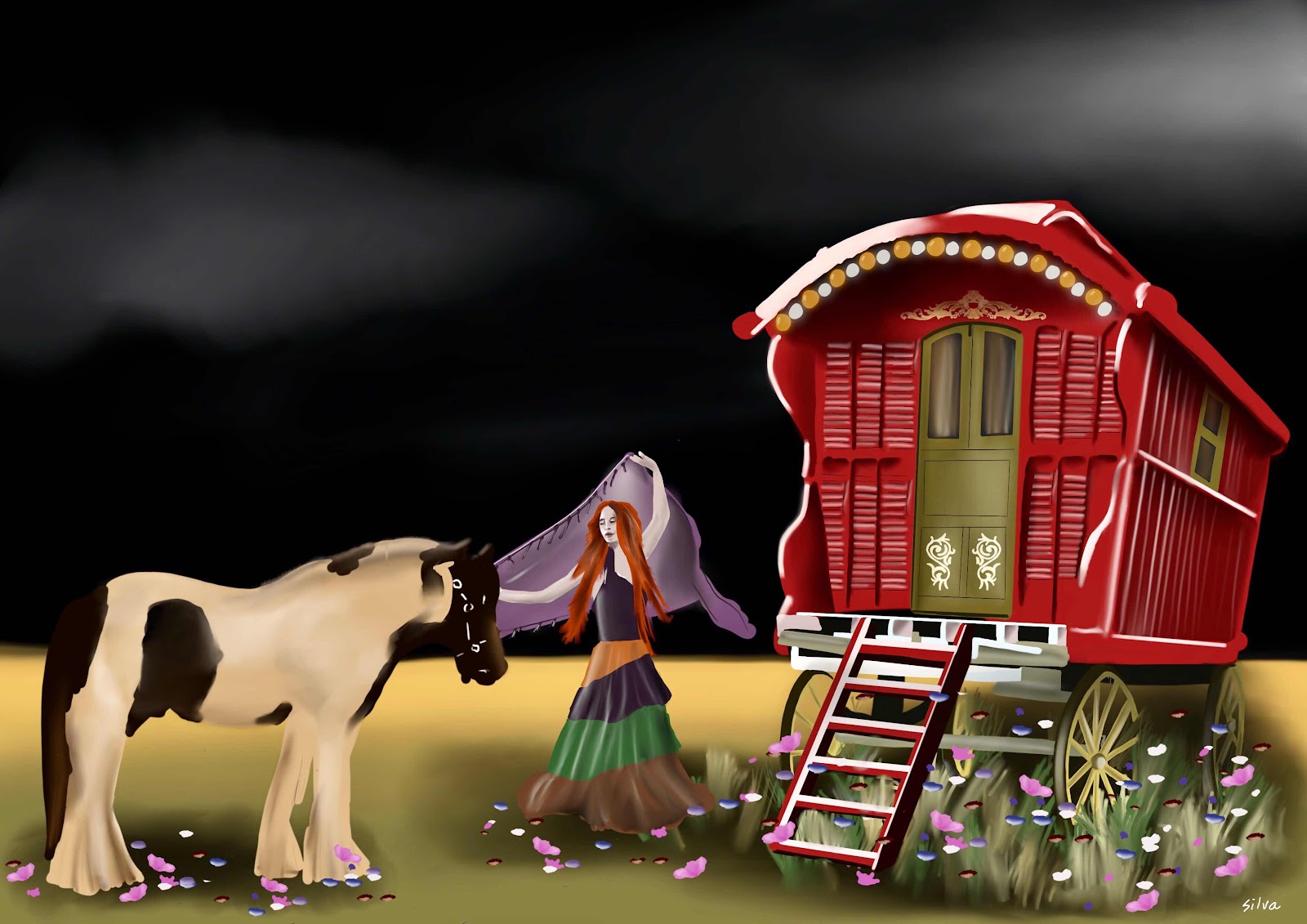 Susannah Gladstone had never been predictable.  She was what the people in Beguile liked to call a free-spirit.  Part of the wealthy Gladstone family, from a young age she refused to conform to the norm.

In her teens she had rebelled against any attempts at curtailing her desires and thoughts.  Now in her late twenties, things haven’t changed much with Susannah.

It’s just accepted that she turned her back on the wealth and comforts offered by her family and lives in a Gypsy caravan, making a meagre living on handicrafts. The people of Beguile are not surprised to see Susannah dancing haphazardly in some field or another, seemingly to some unheard, ethereal tune.

What the people of Beguile don’t realise is Susannah isn’t dancing alone at all.

For those old enough to remember, there was a tragedy in one of the fields that Susannah frequents.  A Gypsy camp was razed to the ground in the middle of the night.  Susannah survived the tragedy as a baby and was adopted by the Gladstones who, interestingly enough, owned the field and had a vested interest in keeping it clear.  The Gladstones had taken the orphaned child in, raising her as their own, but never imagined that Susannah would one day return to the fold of her wayfaring, if not dead, family.

Posted by serendipity at 3:43 AM No comments: