Professor Armatige and the Murders of 77 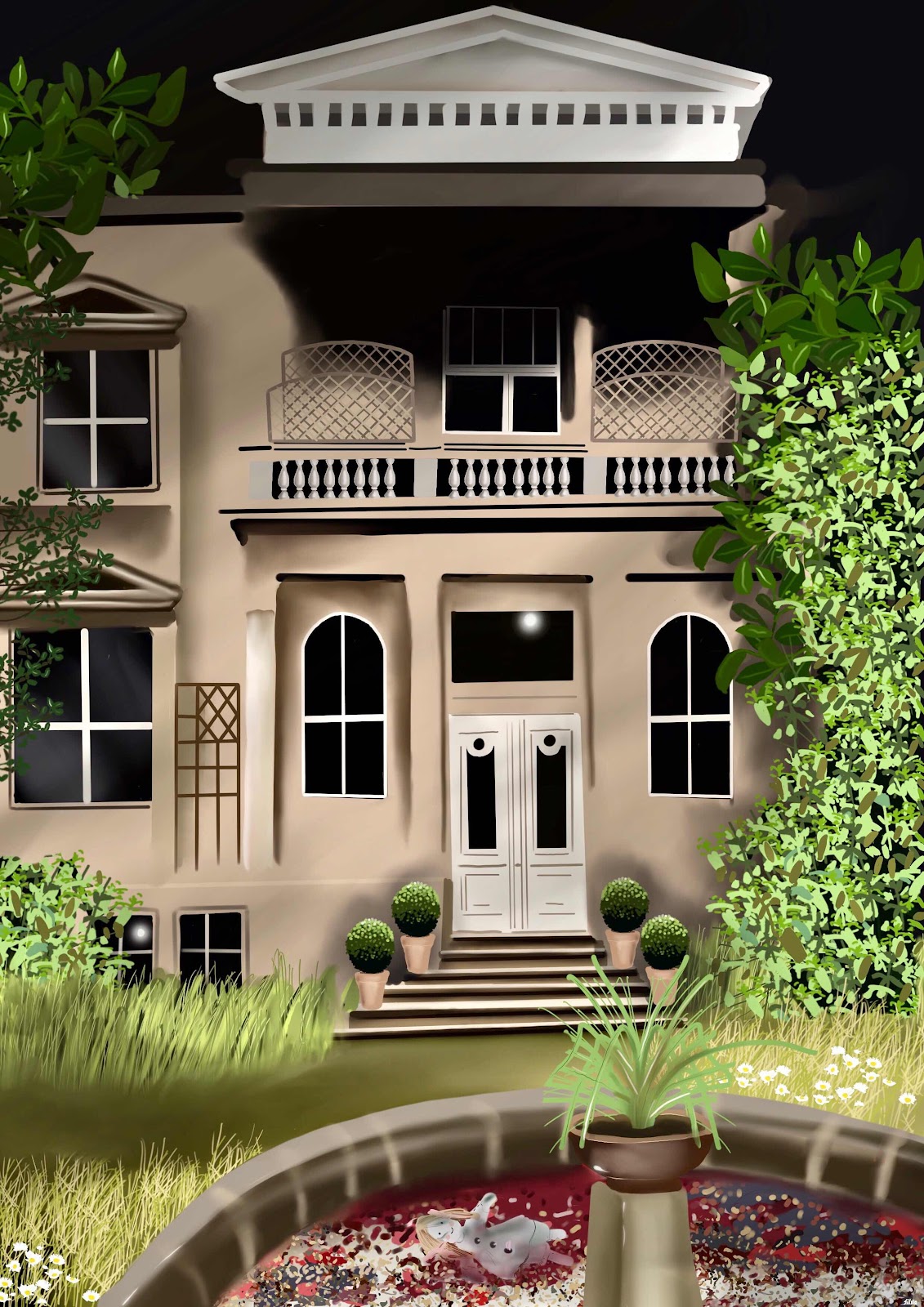 The old Armatige house, a replica of a house the Professor had stayed in as a child while travelling with his parents, had been built with love and decorated with pride.
Many of the objects collected by Professor Sully Armatige on his travels as a younger man, were on display somewhere in the large house.

The Professor, his beloved wife Adele and their two young daughters Cassandra and Bethany had loved their home and the happy family hosted fun casual parties and elegant soirées alike.  The house was a warm and inviting place.

All this changed in July of 77. Freshly returned from touring a recently discovered and well preserved medieval town in Scotland, Professor Armatige arrived home and instantly knew something was wrong.  As he opened the large entrance doors he almost felt as though the air was sucked from him.  The smell then hit him. A rancid odour of death and putrefaction.  He pressed the sleeve of his jacket against his mouth and nose and entered the dark cavernous building that had once been such a joyous home.

His beautiful wife Adele and his young daughters lay on the flagstone floor of the large hall, blood covering their clothing and decomposition cruelly eating  away at their once soft and beautiful features.

Professor Armatige had stood for a moment noting that some of the glass display cabinets had been ransacked.  A sadness enveloping him as realisation of his loss struck.

To this day no one knows what happened in the Armatige home.  As always happens in smaller towns whispers and accusations sprout here and there like insipid weeds.  Some believe that a visitor passing through the town was trying to rob the house and killed the family. Others speculate  about the medieval dabbling of the Professor and what he may have naively bought into his home.  There are even those that mumble about the Professor’s hand in the spiteful and horrendous slaughters.  However to this day it remains a mystery.

Posted by serendipity at 5:08 PM